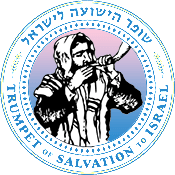 Jacob Damkani is a man on a mission. In his case, it’s a mission to his people: the Jews.
Damkani is the founder of Trumpet of Salvation to Israel, a Tel Aviv-based ministry whose goal is to “bring the gospel back to the Jewish people.”
The 65-year-old Damkani was in Tupelo, Mississippi, last week as part of his first trip back to the States in eight years, conducting interviews and promoting A New Spirit, a recently released movie adaptation of his life story.
Damkani is warm and intense, with a resonant baritone voice, a thick gray beard and curly hair. Compact and vigorous, he begins his days back home with a 5 am swim in the Mediterranean Sea.

As a young adult, he moved from Tel Aviv to Brooklyn, New York, and lived in an ultra-Orthodox Jewish community before moving to Asbury Park, New Jersey, where he ran a gift shop.
“I got to be friends with Bruce Springsteen. It was before he became a big deal. He’d play at the Stone Pony, and we had a few conversations,” Damkani said in an interview from the studios of American Family Radio in Tupelo.

It was while living in New Jersey that Damkani made a profound shift in his beliefs, a shift that led him from Asbury Park to Woodland Hills, California – home to a religious community called Last Days, led by popular Christian recording artist Keith Green, who died in 1982.

Damkani lived in the community and studied under Green for a year in 1978, in the waning days of the Jesus Movement. A casual observer would say he became a Christian, but the keenly intelligent Damkani, never at a loss for words, whether in Hebrew or English, put a finer point on his change of heart.

Damkani left the States and moved back to Israel in 1981, with his heart set on bringing this message to his people, and on helping others – especially Gentile believers – do the same. In 1984, he established Trumpet of Salvation to Israel. For 34 years, the group has been teaching Gentile believers how to reach Israeli Jews in a culturally sensitive and effective way.

“The mind of the Jews doesn’t see Christianity as followers of Messiah, but as a new religion; one that betrayed the God of Israel and Israel as a people,” he said. “When it comes to my people, Christianity is just another religion – the enemy of the Jews who have persecuted them all the way from the Crusades to the Inquisition to the pogroms and the Holocaust. Hitler is associated with Christianity, and Hitler quoted Martin Luther a number of times.”

Damkani said it can be a daunting task to train Gentile Christians to see Western Christianity from a Jewish perspective – a task which requires some deprogramming from the “replacement theology” taught in many churches.

“You cannot really blame the Jews for their hostility,” Damkani said. “For 2,000 years the church told them they aren’t relevant anymore. It’s all based on replacement theology, which is big in the church: the idea that God has sent the Jews away and now Christianity is for the Gentiles. The church has been blind to the place of Israel in the glorious final salvation and the kingdom to come on earth. Messiah didn’t come to replace Israel, he came to open the door, to reconcile all men to God, first to the Jews and then the Gentiles.”

If Western Christians are to make inroads with Israeli Jews, Damkani said they must first acknowledge the part the church has played in alienating them.

“The tragedy is the Gentile world, the church, has done everything it can to do away with Israel and to take Jesus for themselves. Gentiles need to say, ‘Please forgive us for what we have made of Jeshua, for making a blonde, blue-eyed Jesus and for turning the feasts that he celebrated into Easter and Christmas. He had nothing to do with that,” he said.

When Damkani finishes his American visit, he’ll return to Tel Aviv, and to the work he has devoted the past 34 years to, a work he describes as “a double-edged sword.”